Now that Google Jobs has launched many job boards are scrambling for how to be included. I saw one comment last week that Snagajob saw a 9% increase in traffic from it. Not bad. The new search function will definitely be a boost to the initial list of included sites. 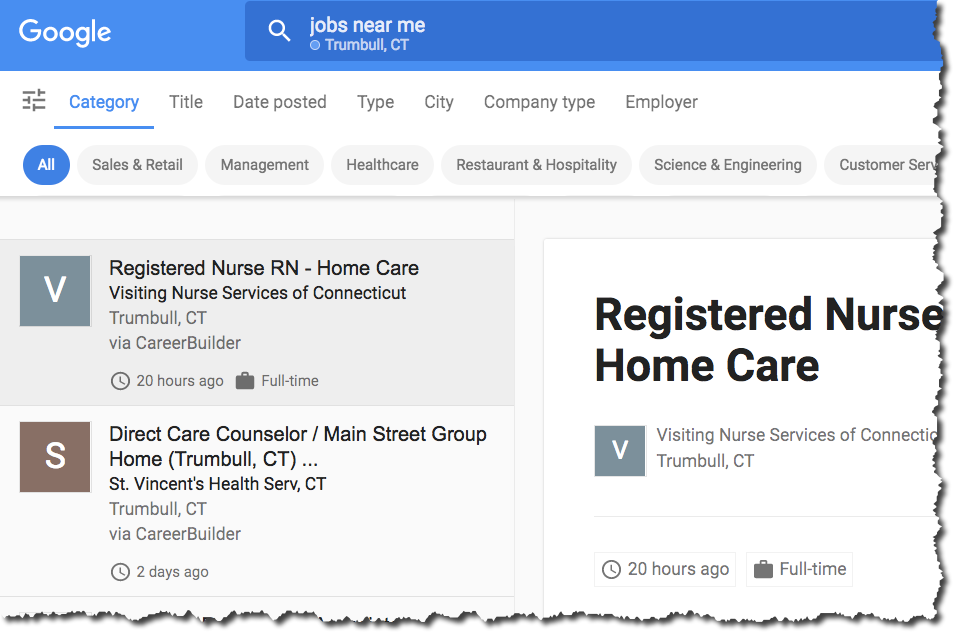 I’ve done a lot of searching the past few days and I saw a lot of the same sites appearing over and over again…Linkedin, CareerBuilder, Zip, etc. The occasional niche board showed up as did some direct employers.

The good news is that if you already are powered by a major software providers such as Webscribble, Madgex, Jobboard.io, Jobmount, SmartJobBoard you are already covered. Many of them made announcements stating such.

Those platforms already have the proper job schema Google needs to organize your job data. The other thing you should do is make sure you add your sitemap.xml link to your Google Search Console. This is a critical piece of the puzzle.

I suggest reading the following 2 articles to get a better sense of how it all works.