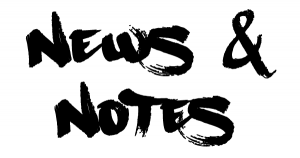 Looking to increase your email conversions? This checklist may be of help to job boards and other vendors.

It has everything you need to know before you send your next cold email – the whole enchilada.

Get ready to craft the most awesome cold email you’ve ever written, and see your conversion rates skyrocket! 🙂

Private Service Job Board Launches: Private service professionals of all types, from personal assistants to estate managers, can now find and apply for six-figure jobs quickly and easily using a first-of-its-kind employment website.

China’s Biggest job board 51job, published its quarterly sales numbers. These numbers tell us they are around a $500 million business in Asia.

CareerBuilder Goes Full Google. After reviewing the results of its beta integration with Google Cloud Job Discovery, CareerBuilder announced it is fully migrating its platform to Google Cloud’s technology.

The job board was one of the early testers of Google’s Job Discovery tools, integrating the machine-learning solution into its traditional product. Now CareerBuilder’s site is fully powered by Google Cloud, which is also providing the search functionality for CareerBuilder’s 4,000 talent networks.