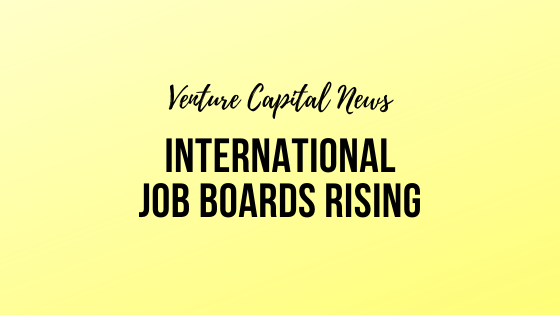 Two international based job boards have just received funding. One in Europe, the other based in Vietnam. Investors across the globe are realizing that online job marketplaces are a solid investment. With job seeker activity rising, so are entrepreneurs looking to capitalize on that need.

(from TechCrunch) Berlin -based recruitment startup, Zenjob, which operates a digital platform connecting students with highly flexible temp jobs in sectors such as retail, logistics and hospitality, has closed a €27 million ($30M) Series C led by Forestay Capital.

“We expect to go international and launch two further countries in the next 12 months. We are looking into expanding into neighboring countries such as France, Scandinavia or the Netherlands,” a spokeswoman for the company told the Techcrunch reporter.

(from TechCrunch) JobHopin, a Vietnam-based startup building an automated job-recruitment platform for Southeast Asia, announced today that it has closed a $2.45 million Series A. This brings JobHopin’s total raised so far to more than $3 million.

Founded in 2017 by CEO Kevin Tung Nguyen, JobHopin’s matching platform, called Bunny, uses machine learning to pair candidates with jobs. The company says there are about 60 million knowledge economy workers in Southeast Asia, and about 108 million job placements a year, but many positions take more than a month to fill on average, because many companies still do pre-screening work manually.