A few years back Indeed.com was bought by a Japanese firm Recruit Co. for a reported billion dollars. I’m not sure anyone ever pinged the exact number at the time but this blog post from one of their investors, Fred Wilson, says it was $1.4 billion to be exact.

My favorite example of this is Indeed where USV had to beg the founders to let us invest, only did one round of venture capital, and exited for $1.4bn and is likely worth 2-3x that number as the business has scaled massively post exit.

One of the more common questions I get is ‘how much is my job board worth?’ To answer that question I usually say it depends on a number of factors including the sales history, type of niche and a host of other factors. For the most part, job boards are internet businesses and those that I have seen sold generally return 1x-4x (multiple of revenue). 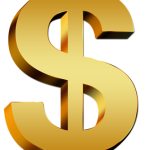 Recently, Recruit reported Indeed.com net sales jumped 60% to $696 million in the fiscal year. The company also owns job boards in Japan, including Rikunabi, a job board for new graduates.

So even large business like Indeed have a valuation of just a few X times revenue. These numbers should help you realistically value your own site when it comes to selling. Remember the potential buyer has to get their money back and wants that to happen QUICKLY. For the most part, buyers can only stomach waiting 2-3 years.