A few months back I launched a job board for relocation called “Jobs With Relo“. The intent was to list jobs that only offered relocation packages to potential seekers.

But although it is an interesting niche I began to feel it was too niche-y.

Part of picking a niche is about finding something that will both resonate with seekers and has a large enough audience to grow. Jobs with relocation are out there but there aren’t a lot of them and it was challenging to find the right backfill that could support the site.

So I decided to change niches and launch something with broader appeal.

Now I’m targeting remote and work at home jobs. A category that has competitors but that is still growing very fast. Introducing JobsWithRemote.com. 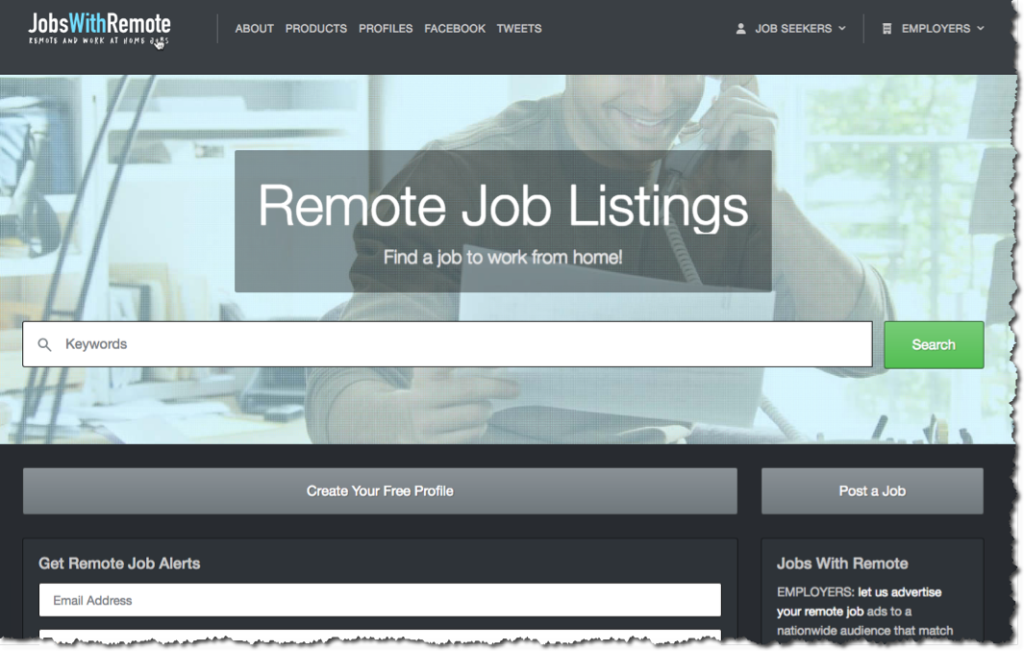 Its on the Jobboard.io platform and backfilled with Ziprecruiter. I’m also indexing a feed of remote job listings from some direct employers so it has job content.

There are several other remote job boards online today. A number of sites have also crashed and burned too. Remotejobs.com appears to have died out which is strange for such a great domain name.

But I play the long game. It costs virtually nothing these days to start your site so just keep it fresh with jobs/content and over time it will build an audience. In the beginning its all about getting users so you need to have a consistent content strategy in place.