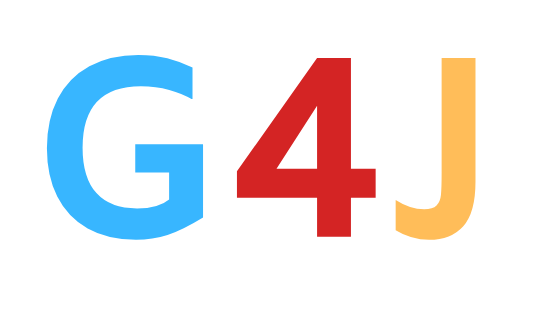 There hasn’t been much news coming out of Google lately regarding Google for Jobs, the job search feature which launched over 2 years ago. The last update they had was back in June when it was announced they had entered France. Before that, they had enabled a remote jobs filter back in February.

Last week I was chatting with a staffing company who was able to get their jobs included only to discover that the traffic that came with it was paltry at best. They had been looking to offset their Indeed traffic loss but it was not to be.

Job boards I have spoken to the past few months tell me the same. While the quality of a click from G4J is excellent (lower bounce rate, better conversion) there just isn’t enough of it to go around.

The listings on G4J are still being dominated by the major job boards. They have the most jobs and that seems to be the key to getting any substantial traffic. The more jobs you the have the more traffic you will get.

If you are a employer/staffing/job board with only a few dozen jobs indexed well, you aint getting much. A recent thread on this Facebook group also offers some insight into how employers feel about its scraping measures (not good).

Matt Lozar who works for Haley Marketing Group, a firm that builds job sites for staffing companies echoed my comments on twitter.

Can confirm that from our clients – G4J peaked in July but has decreased the past few months. Could just be cyclical at end of year. It’s about 3 percent for a traffic source

Looking at the stats for one of my own job boards that contains 6000+ jobs it’s getting approximately 40-50 visits per day from the service. The graph below which represents G4J traffic since April does show an increase in the past 2 months but I attribute that mainly to adding more jobs to the site which I did in early September.

So from my perspective traffic has been rather flat other than a recent spike of 101 visitors in one day.

As you can see the traffic is high quality. They stay on site longer, look at more pages and bounce less than other types of traffic.

Certainly great traffic if you can get it…but for the vast majority of sites and employers pushing jobs to Google, the traffic numbers have been rather underwhelming.

The fact that Google hasn’t announced any iterations in more than 6 months troubles me. It could be a sign that the service is being abandoned in preparation for a shutdown.

I’m not saying that in a vacuum. It’s just a feeling I have, but there are other warning signs that bear watching.

Back in August a number of job boards in the European Union asked the Antitrust chief to investigate Google for trying to monopolize job search. Then last week I saw this story about the U.S. market. All 50 states are prepping for a big investigation.

“The 50 attorneys general investigating Google are preparing to expand their antitrust investigation into the company’s search and Android businesses, people familiar with the matter tell CNBC.”

‘Search’ could certainly mean Google for Jobs is at risk.

Things that make you go hmmm.

Such is life for executives at Google. Big tech is under fire these days, just ask the likes of Facebook, Amazon and others.

I for one hope that G4J lives on. It is a needed buffer against big players like Indeed.com which is busy throwing its weight around and ticking off a lot of past clients.

For it to survive (and thrive) it will have to get better at indexing jobs, improving its UI and finding a way to monetize. But I have my doubts about that too.

In order to monetize Google for Jobs they would need to create an EASY way for employers/sites to advertise. Currently none exists. Even the current setup of simply getting on G4J is a bit clunky.

One must have a xml feed of jobs in the right format to then submit it to the Google Search Console, an interface rarely known outside of SEO circles. The average HR person doesn’t have a clue what it is or does. On top of that, ATS vendors have been slow at integrating their clients listings into the index.

So if the only Google property that has the jobs is the search console how is an employer supposed to advertise them? There is no way to do it that would be seamless. Google would have to launch some kind of new advertising platform just for jobs and I don’t see that happening.

Adwords is not the answer either because that interface has become a complex web of features and functions that boggles the mind of the average user.

So that begs the question if Google even intends to monetize jobs at all?

I have always been suspect of that. They make money off keywords not job listings. It’s hard to see them investing time and resources into a job only ad platform. Sure they could create a user experience within Adwords itself but again, that UI is complex to use for the average person.

All I know is that there is more to come of this story. The investigations, the flattened traffic signals and life at the top is always a bumpy one for any business.

Since Google also shutdown the Google Hire ATS a few months ago one wonders what their appetite is for maintaining a job search function within search results.

I hope not. Keep watching.