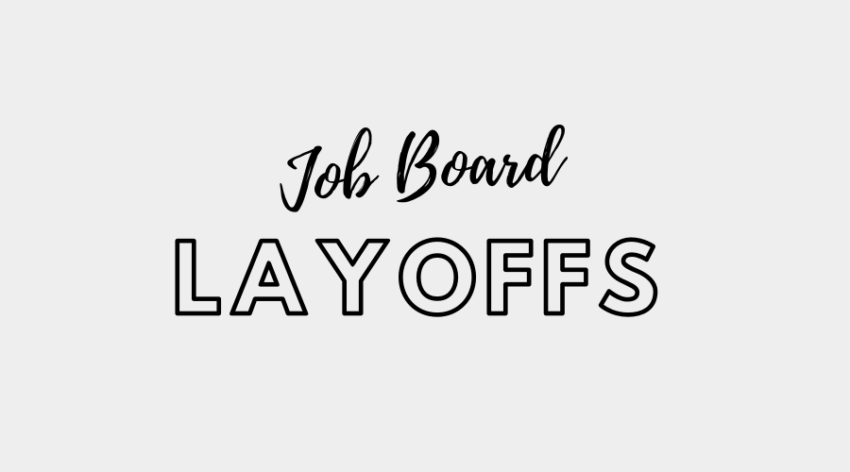 Last Friday was a somber day at ZipRecruiter based in Santa Monica, California. The company reportedly let go nearly 500 of its 1,600 employees. Former employees mentioned the news on LinkedIn through various posts. It affected all departments even engineering.

As the economy goes, so does the success of job boards. The vast majority of employers have frozen hiring or have begun to furlough or layoff staff. This is going to be the norm for at least a few months as the virus hasn’t peaked yet in the U.S.

I have to believe that the other major job boards in the U.S. are about to be hit by this as well. Monster and CareerBuilder, companies that have already shrunk substantially in the past 5 years will not fare well in this environment. They will only get smaller and their bigger competitors will eat away further into their marketshare.

As for Indeed, they are owned by Japan based Recruit Holdings and may be able to weather the storm better than others. One industry exec I talked to said that “Recruit has deep pockets due to strong cash flow from their staffing business in Japan. A significant slowdown in hiring in Japan would likely lead to global layoffs to improve the balance sheet.”

But according to their financials Glassdoor and Indeed only represent about 14% of total revenue. They still get more revenue from Japan than all other markets combined. So ‘Indeedians‘ as they are called internally may be safe for now.

The same exec I spoke with also questioned if Zip had grown too much;

“I thought they were way too bloated to start with. Do you really need 1,600 people at any job site?

I don’t know how big is too big but he does have a point. I ran a six figure job board by myself and Craigslist supposedly brings in a billion dollars with a staff of 50. They had viral marketing to bank on but they are the ultimate proof you can run a site with a small team.

Job boards are internet businesses and most don’t require huge teams (though big sales teams can help you grow much faster on a national scale). You can automate marketing and advertising, you can use freelancers to fill in holes, …you can do more with less IF you are smart about it.

Companies like Indeed have huge sales teams but in this crisis very few are buying so those folks don’t have much to do at the moment. If I worked there I’d be polishing my resume at this point, just in case.

To those who were affected by this layoff I wish you well, here’s hoping the job market hits a rebound sooner than later.

Aim Group also has coverage of this story.

View what people are saying on LinkedIn.

In related news: it might be a good time to be a resume writer right now.