In case you havent noticed video interviewing is in the early stages of going mainstream. There are now 25+ video interviewing companies such as HireVue and Wowzer. But when will job boards get into the mix? I think video could be useful as a “pre-screening tool” for your employer clients as part of a jobb board backend.

Aleksandra Czajka runs VideoInterviewPractice.com and she wants to partner with job boards. She has some pretty cool video interviewing software and wants to create an api for job boards to plugin. I asked her to describe how it might work in a pre-screening function. She writes;

Video screenings, (recruiting techniques where candidates are asked to record answers to questions on video before they are brought in for in-person interviews), are increasing coming into popularity among recruiters and internal HR teams. Many companies are taking the initiative to build out their own technology for performing video screening within their internal platforms, which is time consuming. A quicker alternative would be to integrate a video screening programming library already developed by a another service. This is exactly what I am building; an Application Programming Interface (API) for video screenings. 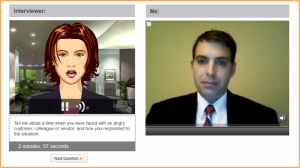 To contact Aleksandra just email her aleksczajka at gmail or via her site.